The Cubs won the World Series a little while ago and it inspired me. No, I wasn’t inspired by the come from behind victory, the history of the ball club, or the life-long fans of Chicago. I was rooting for Cleveland. When they lost, I was sad, and in need of a hot dog. The Cubs victory made me think of Chicago, which made me think of a windy mid-western city, Derrick Rose/Dwayne Wade, violence in the hood, and most importantly, it made me think of the Chicago-style hot dog. This weenie is an absolute classic in the hot dog world and I feel like I’ve ignored it. Thank you, Chicago Cubs, for indirectly inspiring me to write about a hot dog with a pickle on top of it.

First – let us be sure that the readers fully understand the makings of a Chicago style dog. Toppings must include: tomatoes, pickle/pickles/relish, onions, yellow mustard, and a little pepper on top. I’ll let the presentation of the pickles vary in the definition, but I’ll be damned if I see a Chicago dog without a little pepper on top. That’s like an Old Fashioned without an orange peel, a sundae without a fake cherry, or even worse, Flava Flav without a clock. The Chicago dog has never been atop my list of regional dog styles simply because there’s too much going on. I don’t need a garden on top of my weenie. It may take a village to raise a child, but it certainly does not take a garden to enjoy a weenie. I will always respect, however, that the Chicago dog always has strictly yellow mustard. None of that spicy brown garbage get’s the Chicago seal of approval, and that makes this hot dog blogger a happy man.

Enter Emmett’s, a Chicago themed bar and restaurant in Soho serving up deep dish pizza and other assorted vittles. This place is a very cool, popular spot where it seems many native Chicago-ans hang out. Pictured in the headline photo is their description of the featured Chicago dog. The most notable part of this weenie is the poppy seed bun. My next “never have I ever” will most certainly be the fact that I’ve never had a poppy seed bun before. It was OK. The folks at Emmett’s put a lot of effort into this dog and it payed off. The frank itself was definitely of quality, and although adorned with a garden, I could still taste some smoke in it. In a bite, one could experience a minor snap, followed by a warm, smoky weenie, quickly followed by an avalanche of garden vegetables and yellow mustard. This is very tasty, however, as I mentioned before, overbearing. I appreciate the authenticity Emmett’s offered by using a whole pickle and whole tomatoes, and I’ll say that this is the best Chicago dog I’ve ever had. However, it is still a Chicago dog, and they aren’t my favorite. 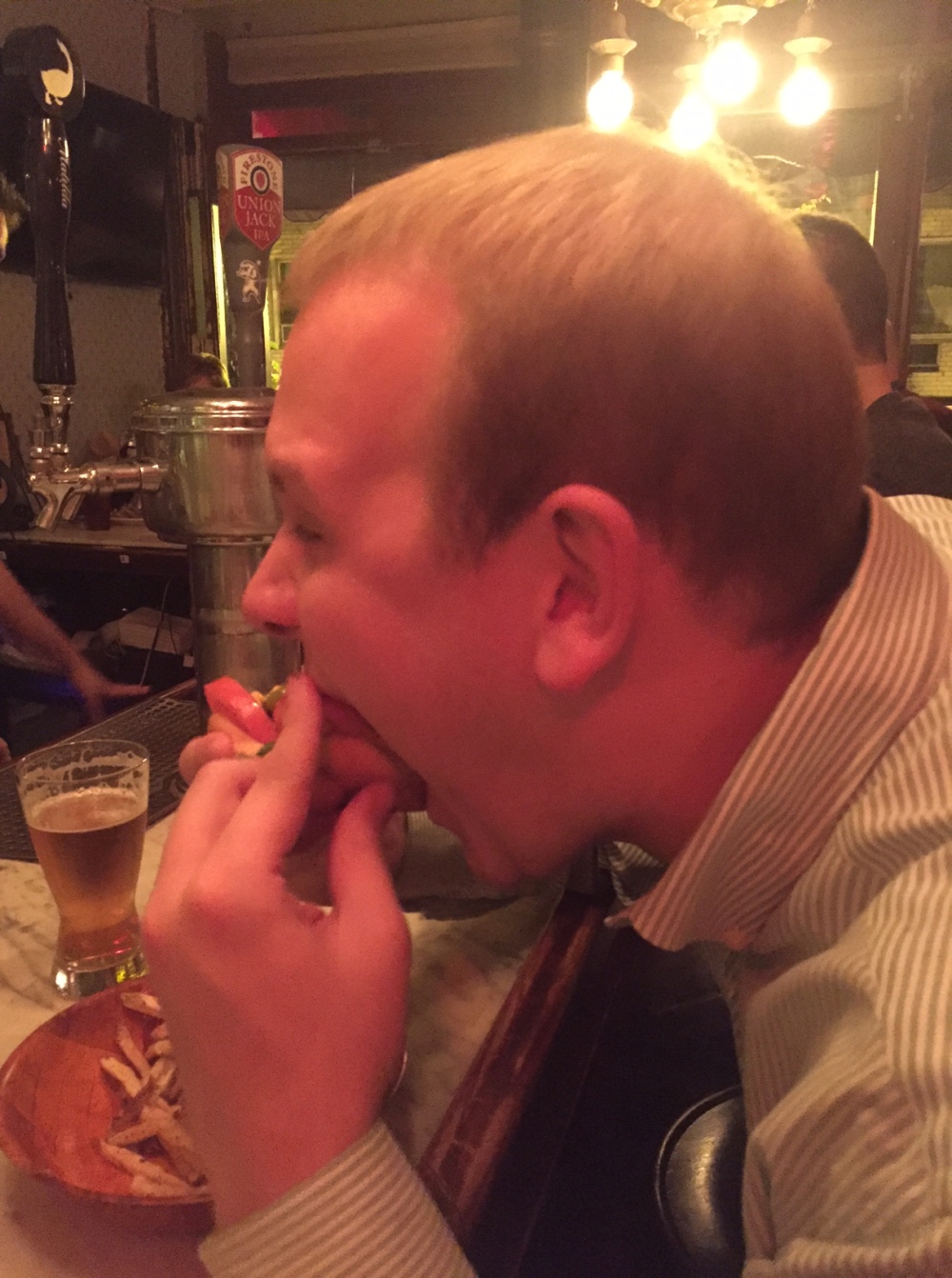